This is where I stash photos and notes on shows I've attended, along with links for upcoming shows I don't want to miss. Feel free to add your comments.

With Abandon: Works by SDSU Alumni 2011-2016 at SDSU Downtown Gallery.

Ashley Fenderson, Ghost at SDSU Downtown Gallery. She is one to watch.

The Uses of Photography: Art, Politics and the Reinvention of a Medium at MCASD.

Ingram Ober and Marisol Rendón, The Secondary Intent at Space 4 Art. Included in my top picks for the UT Fall Preview.

Flat Earth at Ship in the Woods.

Quilts and Color at San Diego Museum of Art.

Shoulders to Stand On: Remembering the Chicana Activist Narrative at Women’s History Museum.

Not Quite Nothing at San Diego Art Institute.

Defying Darkness: Photography at Night at MOPA. Included in my Spring Preview for the Union-Tribune.

With Everything: SDSU Open Studios, Spring Edition at SDSU School of Art + Design.

The Lore Behind the Roar: 100 Years of the San Diego Zoo at San Diego History Center.

Angela Kallus at Lux Art Institute. My story for the Union-Tribune.

In Dust We Trust: The Parkeology Exhibition at San Diego Art Institute.

Brush and Ink at San Diego Museum of Art.

Speculative Landscapes: The Photography of Connie Samaras at UCSD. Loved this show.

David White, The Aesthetics of Soft Colonies at Space 4 Art.

BYOB: Bring Your Own Beamer at Horton Plaza.

Do Ho Suh at MCASD. Included in my roundup for the Union-Tribune’s Spring Arts Preview.

Brueghel to Canaletto at San Diego Museum of Art. My story for the Union-Tribune: “When the art world changed.”

Cathedrals at SDSU Downtown Gallery. I wrote about it for the Union-Tribune and the San Diego Tourism Authority.

Latin American Art Festival at Liberty Station. Some good booths but poorly organized. This festival’s management does not live up to the quality of the participating artists.

Cannibals: Myth and Reality at San Diego Museum of Man. Included in my roundup for the Union-Tribune’s Spring Arts Preview.

Energy: Made in Form at SDSU Downtown Gallery. This was the first piece I wrote for the Union-Tribune this year: “Pulsating with ‘Energy'”

The Alchemist and his Junks, HB Punto Experimental.

Convergence, by Ship in the Woods at Cabrillo Monument.

Worth A Shot, Daphne Hill at Art Produce.

Some Assembly Required: A Re-Collection of Community, Oceanside Museum of Art.

Artist Alliance at the Museum 2015, Oceanside Museum of Art.

In the Abstract: Midcentury San Diego Painting and Sculpture, Oceanside Museum of Art.

Iván Abreu, Looming, at The Front. Excellent show. Added surprise was the music by Pepe Mogt.

Coney Island, Visions of an American Dreamland at San Diego Museum of Art.

Hide and Seek: Exploring the Abstract at Woodbury University School of Architecture.

Sup! Port Us, Ship in the Woods’ benefit auction.

Don Porcella, Shapeshifter, at Low Gallery. The longer I stayed, the more I loved the show.

Coast to Cactus at the San Diego Natural History Museum.

Lynn Susholtz, 3 Objects 3 Poisons 3 Seeds of Virtue, La Jolla Athenaeum. A gracious goodbye to her mother, who passed away this year.

Sarah Cain, blue in your body, red when it hits the air, MCASD.

(i) paalam, eight UCSD students examining their Pinay identity. Stumbled across it at Adam Kamil Gallery. A little gem.

A Thousand Plates at SDSU Downtown.

Transduction at Canvas Gallery. If Nichole Speciale had a fan club, I would join in a heartbeat.

Naked at OMA. The paintings were only half the story — the other half was the wall text about local artists who seem to have dropped off the map.

The Visual Elastic: Cartoon Aesthetics from the Permanent Collection at MCASD. Why wasn’t this scheduled during Comic-Con?

Flex It at the Jacobs Center.

HeLa Studies (Forever Again) at HB Punto Experimental. Sculpture based on the story of Henrietta Lacks.

Gravity and Grace: Monumental Works by El Anatsui, at MCASD. Review by Angela Carone for KPBS.

California Dreaming at OMA. Why wasn’t there an outcry over Barbara Sexton’s piece being removed?

Intervention at Ship in the Woods. The Jolly Rancher piece: color candies soaked in water, piled up against a window, jewel-like, slowly sliding down as the night went on. Also, Ingram Ober.

Cognitive Camouflage at Ship in the Woods. A blowout party and a turning point in WSOHOIDPS’s maturation as an alternative space. Review by Alex Jen for the Torrey Pines High School Falconer.

State Park at UCSD. So nice to see work by my dear friend Brian Zimmerman, curated by Mike Calway-Fagen.

the spoils, with Carlos Castro Arias and J Noland at Space4Art. A contender for my “best of 2015” list.

Castles in the Sky at Low Gallery.

This is How We Walk on the Moon: Colter Jacobsen, at MCASD.

Electricity (and other things I may have dreamt), Meegan Nolan, Low Gallery.

Art From the Collection of Jonathan Green and Richard Weedman at SDSU Downtown.

7 billion Others at MOPA.

Raphael, The Madonna of the Pinks at the Timken.

Jonny Alexander, What We Choose to Believe at Thumbprint Gallery.

Matthew Bradley, i know what i saw, Helmuth Projects. 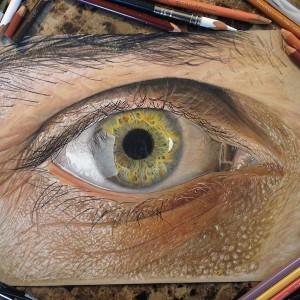 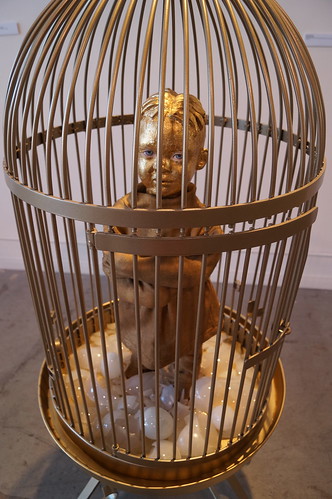